Death does not justify terror 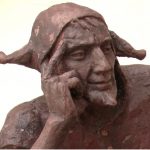 While the systems in many countries have proved to be flawed, so far the Polish authorities have been successfully preventing the spread of the coronavirus epidemic. Even so, only slightly more than 20,000 people worldwide have died from complications related to the COVID 19 virus. The number of deaths will surely increase several times, but will it exceed 1.3 million, i.e. the number of deaths each year caused by road accidents? Rather unlikely.

Despite the fact that COVID 19 causes a low death rate, and mainly among people who at the time of contracting the virus suffered from terminal diseases, the governments of most countries have decided to deprive their citizens of basic human rights.

In most countries, persons returning from abroad are not allowed to leave home for 14 days. All individuals, under any circumstances, were forbidden to gather in groups bigger than several people. Faithful were deprived of the right to pray within their religious communities. Freedom of movement and the right to education and work were limited.

Historically, similar restrictions were introduced only by totalitarian regimes responsible for the deaths of millions of people. Now the same draconian restrictions on personal freedoms are being introduced by almost all democratically elected governments, regardless of political orientation.

Does the death of other people caused by a contagious disease justify the deprivation of human rights from all members of the society? For me, the answer is obvious: death from illness cannot deprive others of their human rights.

This violent and gross deprivation of basic rights for millions of people around the world was made possible by causing an unjustified panic.

Panic of ordinary people who have been scared that they are all in danger of death. Indeed, infection with the COVID 19 virus is life threatening for the elderly, or those suffering from other diseases. In the vast majority of those infected, however, the course of infection is relatively mild.

The restriction of freedom and deprivation of civil rights of this greater part of society, not at risk, remains an unprecedented action. It was triggered by the panic of the governments fearing for their political future, and at the same time of the opposition hoping to take power “over the dead bodies” of the victims of the epidemic.

Ordinary people, not involved in politics, have, involuntarily, and hopefully by accident, become the subject of a terrible experiment testing the resistance of societies to imprisonment.

The result of this, by no one intended test (is it really?) is worrying. This is because it shows how easy it is to deprive people of their basic rights, and to obtain the consent of the majority of society for these draconian sanctions. The fear of death that everyone is supposedly facing, has become, for most people, stronger than the will to preserve their basic civil rights.

Will people wake up and start demanding that the authorities restore basic human rights? Or have we all become lemmings who are well suited to Orwellian totalitarianism, no matter what country we live in and what our political preferences are?

Today, Florida prevailed in our lawsuit against the unlawful CDC order that shut down the cruise industry. This is a defeat for bureaucratic overreach, and a win for Florida jobs and tourism.

Twitter has included a raised fist for the #Juneteenth holiday.

Marxists are responsible for enslaving more people than anyone else in the history of mankind.

Let's not get it twisted: Marxists had nothing to do with abolishing slavery in the U.S., the Republican Party did.